The last couple of weeks have been crazy, a vistor down our chimney (squirrel claws, not Santa Claus), half our tree snapping off in the front yard, a trip to the ER, and having to look for new employment due to my job being cancelled. But, you can learn a lot from a plumber…

The Rest of the Story

Pretty boring story, except for the plumber that showed up. I’ll let his phone book ad do the describing: 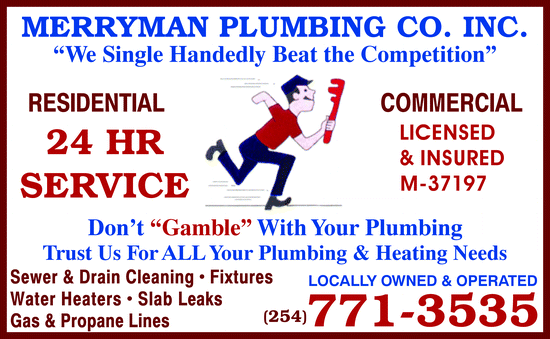 His van had similar artwork including what may be my favorite slogan ever: We Single Handedly Beat the Competition

Too often we try to hide what makes us unique because we don’t want be seen as different. What Mr. Merryman can teach is that we are different, and even if we don’t want to, we will stand out. By being up front about his unique appearance, Mr. Merryman ensures that we won’t forget about him and in doing so removes both surprises and obstacles.

But we can’t win just by being different. We are still being judged by the job we do; by emphasizing what makes us unique we challenge ourselves to excellence. No one wants to be remembered for a job poorly done.

So, as I embark upon my new job search, I hope I have learned the lesson of the one handed plumber well.